Chile rises high along the coast of South America, but it is precisely because of these steep cliffs that tidal waves will be unexpectedly large during the pole shift. The water will have nowhere to go, so the press of water behind the lip of the wave will press the water up along the cliffs. This is short lived, lasting for a few hours only, but lasts long enough that valleys along the coast may find themselves flooded. The water in any given valley may be there not because the mountain barrier protecting the valley is low, but because the water has been forced inland at another weak further down along the coast, and once inland is moves about, finding its lowest level. Thus, the water may even appear to come from an inland direction. For best results, where living along a coastline where all the surrounding area gives the water no escape but up, be several thousand feet high and wait a day or so before returning to your homes. In this way your home may be flooded, but you will not drown.

The evidence of recent mountain building in the Andes, along with the volcanic activity there, is a clear indication that future mountain building will occur along the Andes. This is where the lip of plates from the Pacific are pushing under the S American Plate and curling down into the magna, so that the tumble of land being rumpled into mountains is mixed with fresh magma being pushed up at every route opened by the rumpling action. The Andes would present mountain building and volcanic eruptions that should at all costs be avoided during the coming pole shift. However, as you have pointed out, there are safe locations closer to the coastlines.

What occurs over the eons is that the earlier rumpling, from when subduction first occurred, has had layers of rock pushed under it and hardened. There is no volcanic activity here because there are no outlets to the magma, despite continuing activity where rock layers from the Pacific plates are shoved under the coastal mountain plains. These slide like layers of paper in a folder over one another, creating very little friction because of the many times they have had to slide past one another. They have been worn smooth by this activity. Very few locations along the coastal mountains will experience hot earth, because of the thickness of this coastal range. Where this will occur will be along river bottoms, rivers which empty into the ocean, as this indicates a thin place in the S American Plate.

Out of the Andes, not in river bottoms along the coastline, and now dealing with the aggressive tidal waves and potential tsunami which will result from a sloshing Pacific and a compressing Pacific. If the tidal waves have been described as being 500-600 feet high, so that one must be 100 miles inland and 200 feet up to avoid them, then a safe ratio can be determined, but there are cautions. Chile will deal with tidal bore, as if the tsunamis and tidal waves cannot roll inland they will climb UP into ravines. They will likewise be forced up river outlets and thence spread in the inland valleys. If one can only be 50 miles inland, then they should be at least 400 feet above sea level, to be safe.

Certainly tsunami, which can occur anytime plates are adjusting, lifting and rising, will make seeking safety close to the shoreline, at whatever height, unsafe. Those seeking safety should also anticipate water coming from behind them if it is forced inland and then seeks to return to the sea while under momentum. Watch your back! Not the Andes, not the immediate coastline, 400 feet high and at least 50 miles inland and with hills at your back so a backwash will not catch you in a pinch. Good luck with advising the Chilean government! 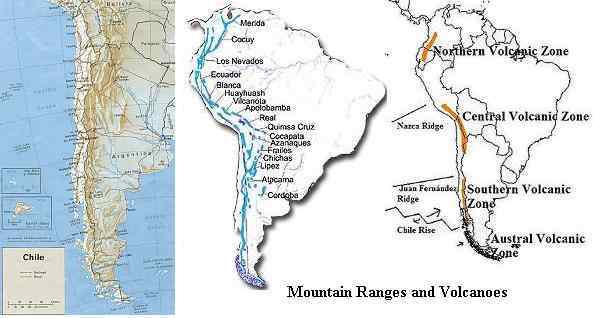 In Chile, the rivers will be awash with tidal surges coming up from the coast along the river banks. All rivers that empty into the sea are channels for a backwash from a tidal wave, and here all the rivers that empty along with the Biobio are going to be flooded well above their banks!