Madrid will find in horror that the oceans and seas surrounding Spain have come to them, sloshing up through ravine and rivers first from one side and then another, and at times from both directions at once, as sloshing in a body of water depends upon its size and depth. Confusion will abound, especially in those who did not learn of the pending shift, with residents likely to scramble to the nearest hill or roof top and find themselves overwashed with water later. Safety is to be found in the highest mountains of northern Spain, away from the cross flow of water.

Those who have never witnessed tidal bore cannot imagine how water could climb several thousand feet when under pressure and with nowhere else to go. This will be the situation for Spain during the hour of the pole shift for several reasons. During the pole shift, the globe will be suddenly tipped, the S Pole of Earth snagged by the twisting and turning of Planet X, and pulled up so that the Bulge of Brazil becomes the new N Pole of Earth. During this hour of the shift, the Earth will be pulled under the Atlantic, thus, and water will be rushing past the coastline of Spain. This is water under pressure, and water falling into the outlet of the river Tajo will be trapped with nowhere to go but inland.

Water follows the path of least resistance, and in this case it is up the narrow river bed between high hills, up and up. It will rise to Madrid, and even flood those clinging to roof tops. The issue is not how high the ocean is, nor how high the boring tide will become, but what is happening at the mouth of the river. Water falls into the mouth of the river as there the pressure is less than the pressure to push past the coastline of Spain. There, in the mouth of the river, in Portugal, it roils but cannot escape. It is pushed thus up the river, and gains momentum in this regard. Water on the move has its own life, as we have explained, as it creates a void at the back side, sucking additional water into this void. Thus the climbing water is like a draw, and the pressure from the water passing the coastline of Portugal is pulled into this void repeatedly. As astonishing as this sounds, this is hydrology, and can be replicated in a lab for skeptics. 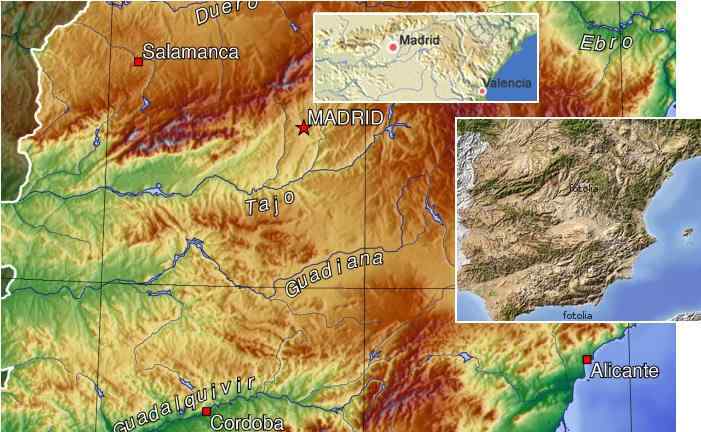