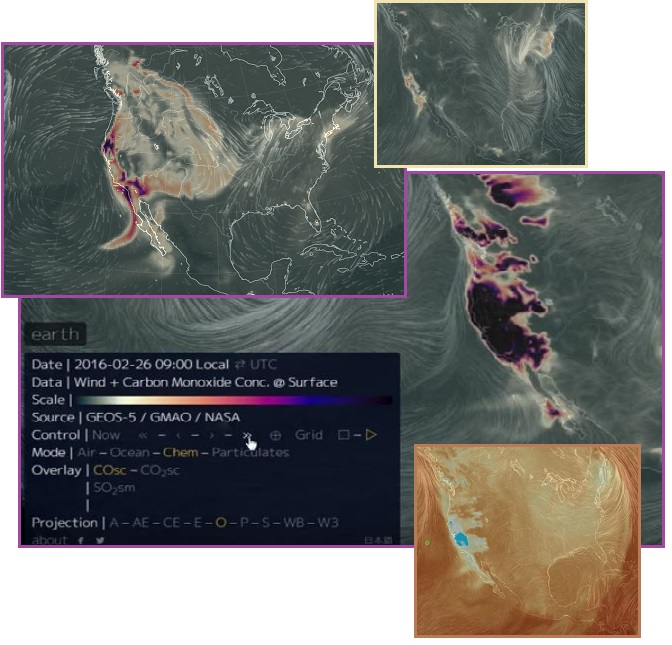 We have stressed the bow tension in the n American Plate, which cannot roll as it has a flat top, and can only endure the distress of being pulled into a bow as the Aleutian Islands are pulled toward the tip of Mexico. The center of this bow is near San Diego and LA, where fracturing rock has recently caused a natural gas rupture at Porter Ranch. The tension in this bow will not be released until the N American Plate rips, diagonally, along the New Madrid Fault Line. This will allow the SW portion of the continent to move westward, while the NE portion remains attached to its present moorings.

There are numerous emissions registering up and down the West Coast, starting on February 25, where the rock is fracturing under this tension. Carbon Monoxide levels, up to 180 times higher than normal, are being recorded and causing distress among the residents. That this is coming from the ground is not being denied. Is the new Madrid about to slip, or will this tension continue to build? Both will happen, but this situation will undulate. Sliding and rupturing is occurring between rock layers all the way to the East Coast, so the CO emissions may also register there at times. Just when the tension will result in a significant New Madrid adjustment we are not allowed to say, but this is clearly in the near future.