The Great Lakes are deep, and contain enough water to create havoc along shorelines, but only those shorelines that are composed of lose soil. Any waves inland will soon recede, so encroachment into the bordering land will not be vast. Due to the widening of the St. Lawrence Seaway, the waters will drain more readily, lowering the Great Lakes somewhat, eventually. Salt water, where it meets fresh, shares itself to the extent the tidal water flows in and out. The Mississippi has salt marshes only along the deltas, as the water from the Mississippi is the greater factor. The flow, thus, is out, not in, except where the tide affected the marshes along the delta. Thus, in the widened Seaway, salt water will flood the Seaway until it meets the narrow mouth of the Seaway, some miles up the Seaway from where it empties today. It will not travel up in to the Great Lakes. Consider that these lakes today have a force of water, and empty, and will in future, from drainage. This will continue.

One should assume, rule of thumb, when along rivers or inland lakes:

Are there also rivers flooding nearby, so the wet lands will be soggy and unable to absorb the slosh? Is the land surrounding the lake dry and hard, so that no water will be held by the soil in mud, but all will become runoff, water on the move? Are the high spots around on rock, such that it will not melt, or is it soft soil that will become a mud-slide, and join the muddy water rather than hold the frightened who are clinging to its topside. Each area has different characteristics, and an analysis must be made accordingly. If you are 50 miles inland from one of the Great Lakes, but in any area that has soft soil so that being 100 feet high does not put you on rock, then you may find yourself part of the muddy Great Lake, being pulled back in a back-slosh. Thus, the variables are endless, and cannot be addressed by ourselves, but must be dealt with by the guidelines we lay out, by those who would survive themselves!

During the hour of the shift, when the entire globe is on the move, and rapidly so, water will of course pile up on the southern shores first, and will likely not slosh back onto the northern shores until after the hour of the pole shift. Residents along the shorelines should go inland to safety until a day or so has passed, to avoid being lured out onto a shoreline temporarily without water. Water may draw away from the shore, but will be roaring back again, and at above normal heights. The tearing of the Seaway will, if anything, relieve the worry, as the water in the Great Lakes affected will have a void to fill. All the locks between the Great Lakes will tear open, allowing the water at higher elevations to flow freely, but the wider Seaway will absorb this increased flow. Our advice to all those who might be in a danger zone is to leave their homes, returning only after the danger of the pole shift is past.

One can see from a map of the underlying rock strata that the Seaway began forming due to a weak connection between rock strata of different formation types. This is similar to the seam in an article of clothing. Not visible necessarily from outside the garment, but a weak point and liable to rip first or most readily when the seam starts to unravel. The Seaway in essence runs along this boundary, except for Lake Erie which is south of the boundary. There is, thus, the potential for the Seaway to break through between Lake Huron and Lake Ontario, a path already forming as the geology of eastern Lake Huron shows. Such a breach would run well north of Toronto, and would create a crevasse rather than sink land, so in the scheme of things would not be that traumatic for most residents in the area. We have mentioned that Niagara Falls would widen, the Seaway finding new routes in the shattered rock, and thus the falls essentially gone.

The locks between the Great Lakes will be shattered or broken long before the hour of the pole shift, so adjustments in lake water height will have started. The Seaway split has chosen to run through Duluth, MN and on west from there rather than through Wisconsin where the bond between the various rock stratas is of a stronger nature. The Seaway can be expected to proceed, thus, beyond Duluth, creating a crevasse again through upper Minnesota, with sympathetic rumpling of lands all the way to the Black Hills. Wisconsin has been splitting along rock strata too, creating the Green Bay peninsula at the juncture of Green Bay and the body of Wisconsin, as the peninsula has a different rock type. This split will continue and widen, creating a bay all the way to Madison and potentially through to the upper Mississippi, although this breach will certainly occur at Chicago through the canals dug under this city. 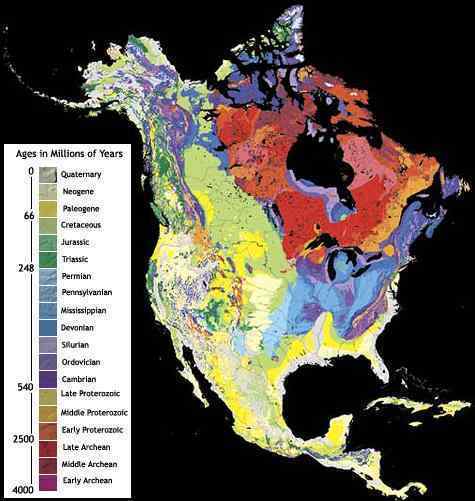 Many of your questions have been addressed in the Safe Locations documentation, as a link from the page for Michigan. Our general advice is to be 50 feet above the lake level and 10 miles from shore for lake sloshing, and if you are not on rock then to add more elevation or milage for safety as soil can melt. As we mentioned when detailing changes for the Great Lakes, the area of Wisconsin and upper Michigan will be splitting open, which is the trend in place already. Sault Saint Marie is positioned where Lake Superior drains, and this of course is where a widening split can be expected. There can also be local tearing, as we have described for Wisconsin, which will be ripped down along the Green Bay peninsula. Stretch areas have silent quakes, as these crevasses just open up with little warning, as occurred recently on the Michigan peninsula. If anything, Lake Superior will ultimately be lower, due to the locks being broken, though the torrential rains following the pole shift will create temporary flooding everywhere. The rise in sealevel elevation to 675 feet will of course not affect the lands around the Great Lakes, which are at a higher elevation. Thus, except for local sloshing and the tearing that can be expected from a widening Seaway, your area will have a relatively uneventful pole shift experience.

Roseville lies on a line between the two Great Lakes, where St. Clair lake lies. This will split open as the Seaway splits open, at some point, but likely during the New Madrid adjustment. Tearing open creates crevasses, dropping bridges, heaving roadways, collapsing homes and buildings, exploding gas and water mains, and often lots of terrifying rumbling noises. Tearing open can occur suddenly and all at once or in stages over time, the more likely scenario. As always, those under a UFO display are receiving a telepathic message, while entranced with the display, focused on this and in wonderment. There are few competing distractions during such times, so the message gets center stage in the subconscious.

The Seaway is ripping open but until the real drama ensues during the hour of the pole shift, there will merely be much stress on the rock, pulling apart. A hum was reported in July, 2011 in Roseville, near Lake St. Clair, which is in the same vicinity as Windsor. Hums have been reported on the border between Wisconsin and the Michigan peninsula, where a large and growing crack appeared in October, 2010. The hum has been around in many places around the globe for years, but hums are on the increase due to the Earth wobble increasing in violence and the plate movements which have begun during the 7 of 10 scenarios. That the Windsor hum occurs at a specific time of the night, between 1-3 am, is a clue that this hum is a result of stress caused by the daily wobble! Or is it the boogyman?