Facing the place where new land will rise in the Atlantic Ocean, between the tips of South America and Africa, when the Antarctic plate tips to accommodate compression of plates in the Pacific during the hour of the shift, Argentina will find itself with a great deal of displaced water seeking its level. The flood tide will assault the coastline, under the immense pressure that a large volume of water can produce, not a wave but a body of water at a high level, and thus taking some time to disburse. This water will press inland, not stopped by foothills or vast plains that might otherwise stop or slow a flood tide. The volume of water seeking its level will also cause speed of flow, where the water presses through mountain passes or ravines, scouring clean any manmade structures there. Used to the gentle flow of water flowing to the seas, spreading outwards across fields during flood times, or the gentle washing in and out of tides, man has little experience with the force and power of an immense amount of water on the move.

Those who would survive in Argentina, along the coastline toward the tip of South America in particular, should assume the mountains along the coast a danger zone, and move inland to the highest mountain peaks they can reach in order to survive this time. The foothills of the Andes in Argentina, such as the Neuquen and Cordoba ranges, will affort a safe place to escape the shoshing of the Atlantic along the coast, but due to the compression of the Pacific with resulting mountain building will experience upheaval. In this regard, the Cordoba range is less likely to be affected, being further away from the Continental Divide. Afterwards, due to the new location along the equator, those in Argentina will find their climate uniformly temperate, with continued access to ocean fishing, which will be productive when land crops fail.

We have already stated that the Cordoba range would be a safe zone, safe from the tidal waves rushing in from the Atlantic. Hot springs appear in many places around the world, where the crust is thin, primarily due to stretching. Argentina, at Buenos Aires, will experience stretching as the top part of S America is pulled to the west while the tip of S America is nailed firmly at the Antarctic Plate. The bay at Buenos Aires will rip open, as we have stated. Thus inland, in San Luis, there are hot springs. This will not result in volcanic eruptions during the pole shift. 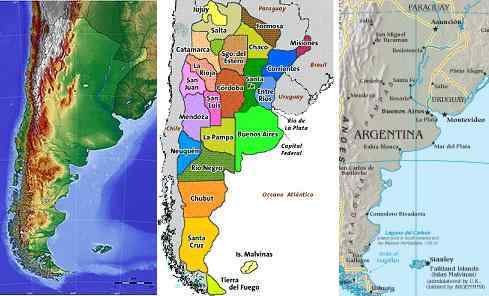