Where Bangkok is certainly low land, so low in elevation that it would be under water with a mere 10 foot rise in sea level, there are many regions in SE Asia just as low who are not experiencing flooding. If Thailand's flooding were due to rain from a tropical depression, then why are all the neighboring countries with a similar elevation not flooded too? Vietnam south of Ho Chi Minh is far more vulnerable, and for a broader area, yet is not in such distress. Note the mountainous regions to the east and west of the valley in central Thailand. We have mentioned that when a plate tilts, rising one side and sinking on the other, that this plate may bend where the plate is thin. This is happening to some degree in the Coral Sea off the east coast of Australia, where the bending plate causes an uneven rise there beneath the buoys. It is also true that thin places on a plate can give rise to buckling when that plate is under compression, being squeezed. The tongue holding Indonesia is certainly under such a squeeze. As the tongue is pushed together, the eastern portion pushed toward the west, the valley in central Thailand is buckling, being pushed down. Simultaneously, a new seemingly volcanic island appeared between eastern Java and Bali, where the tongue is under pressure as it is being pushed down under the curve of the Indo-Australian Plate. Where this is causing extensive volcanic activity in Sumatra and Java, it is also finding weak places in the plate holding Indonesia, which can buckle in such a manner as to rise. The new island is indeed volcanic in origin, having been formed years ago under the sea, but is no longer an active volcano. Thus, rising land, due to buckling, is the only explanation. 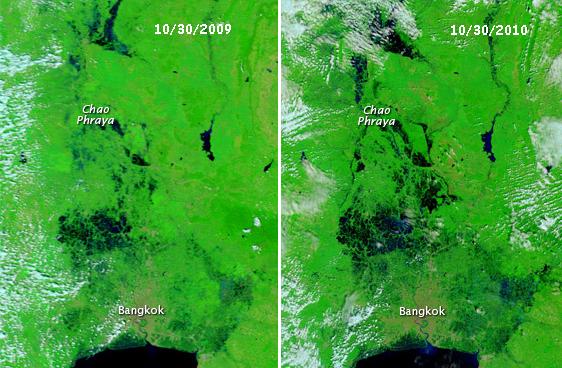 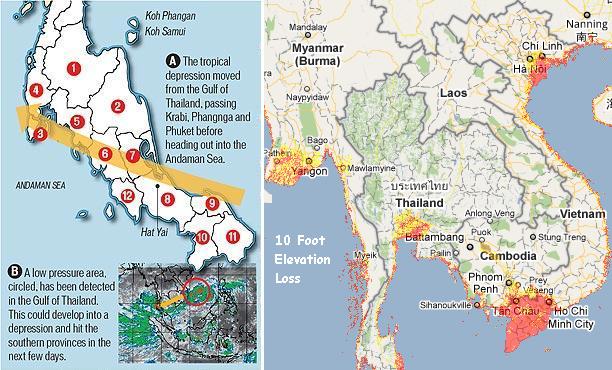 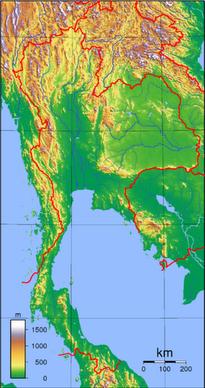 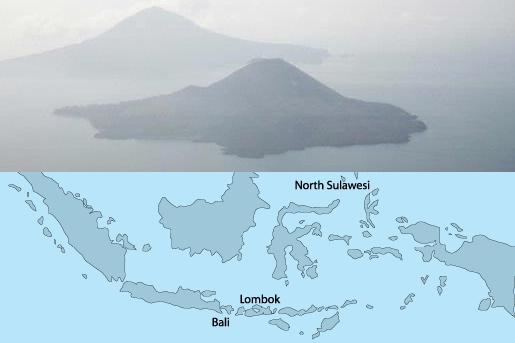 As we explained when the sinking of the plate tongue holding Indonesia proceeded more slowly than we originally anticipated, when plate undulation set in, this has momentum and thus sinking only occurs at certain points. When the curve of the Indo-Australian Plate curling under Sumatra and Java lifts, during this undulation and tipping, the sliding of the tongue under this curve picks up speed, but when the curve drops, friction is increased and this slows again. Nevertheless, sinking has been proceeding apace. This is unlikely to change, due as we stated to momentum, which tends to continue. At some point, the depths of sinking we have predicted will be reached. At some point, the excuses offered by the establishment - rain and high tides - will no longer be given any credence by the public. The airports of Jakarta and Singapore will be under water. These cities will find water in their streets such that only boats, not cars, can be used. The failure of these waters to drain or recede will be obvious to all, and the international media will be forced to address the issue. For those hoping for fast action, a sudden sinking that would almost immediately shock the world so that they could convince family and friends of the validity of our message, this is merely a delay. It does however afford those in Indonesia more time to adjust to the situation, and this is all to the good.