Where the 7 of 10 sinking will flood the tip of Vietnam south of Ho Chi Minh City, and a strip of land just to the north of Phnom Penh in Cambodia, and the area around Bangkok in Thailand, the loss of sea level elevation after the pole shift is much more severe. Phnom Penh will be reduced to a small island, the highlands of Vietnam and Laos to a narrow peninsula, and Thailand north of the peninsula reduced to half its land mass. Since most of the inhabitants in these countries live in structures that do well in earthquakes, made of flexible materials not stacked high, there will be many survivors seeking to move inland, to the north, after the pole shift. A key advantage for these survivors is their current lifestyle, where farming and fishing are prevalent. Moving to boats, to form floating cities relying heavily on what the sea provides, will be a natural trend among survivors.

The larger issue will be the sheer number of survivors. It will not just be one country devastated, but the entire region. All of Indonesia will be affected during the pole shift, as the Pacific Ocean will compress, pressing the waters down through Indonesia toward the Indian Ocean, scouring the land. This will be a pole shift tide under pressure. Those who scramble to their highlands will be joined by those in western Australia who manage to survive the sinking of the western 2/3 of that country, as well as those in India who manage to survive the sudden sinking of that entire country. Thus, the drowning join those who must pack up and migrate north, all while there is scant food to share and cold descending from the new S Pole - India. Our advice is to build boats, and migrate by boat, not foot. Fish and seaweed are a ready food source, and one can migrate along the coastline thus toward the new Equator until a new homeland can be established. 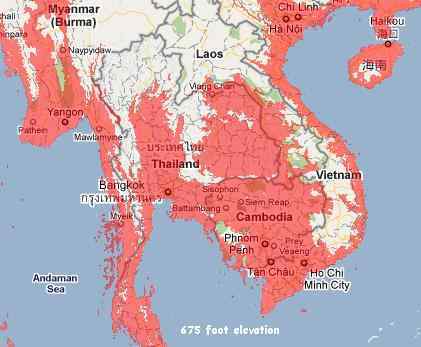