Will the Danube River backwash into the inland valley which Romania, Serbia and Hungary share? Will it bridge the mountain gateway between Romania and Serbia to flood in from the Black Sea? Yes, and for these reasons. As the Arabian Plate is rolled such that its top turns to the east, cutting through Iraq as it does so, and as the entire Eurasian Plate is stretched during the hour of the pole shift, this mountain pass will not remain the same. Nor will other spots where the rising water could break through, such as from the Adriatic Sea at Croatia or from the north. Stretch zones open crevasses, pull rock layers apart so that their elevation drops overall due to weak support. The water will eventually pour in from these places in a torrent, so do not be misled in anticipation that your valley will be spared. 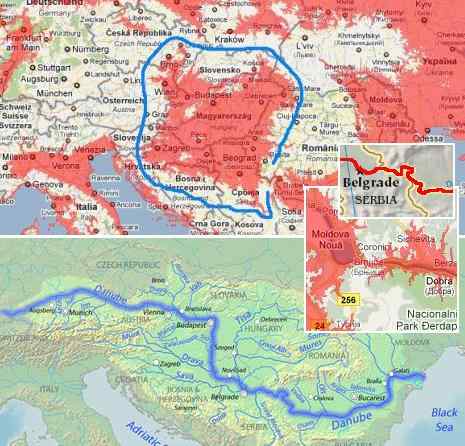