The high plateaus of the Nevada desert will find their lives changed little as a result of the pole shift. Today, scarcely any food is grown in the hard ground, the populace supported by supplies imported into the area. After the shift, those survivors without the knowledge of how to live off the desert will starve, and without pumps to bring water from the aquifers, will likely die from dehydration first.

The Deserts diagram, showing prevailing westerlies curling around in keeping with the Coriolis effect, does not indicate that the high deserts of Nevada or Arizona will have rain. Rather it shows that when these winds pass over the vast flooded expanse of what is now northern Canada they will provide rain for the lands in the Midwest, including Nebraska and Kansas. We have stated that the deserts of Mexico will eventually bloom, as they will get new moisture coming directly off the Pacific. But Nevada has the blockage of the high Sierras to prevent this, as they do today, so will continue as today to be a high desert. 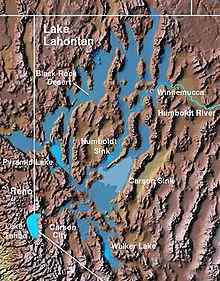