Russia, which is in the main in frozen northlands, will be pleasantly surprised to find itself in a warmer climate. In the center of a plate, the earthquakes will not be as long lasting as along faults, and the aftershocks minimal. Thereafter, the real threat for Russia will creep up upon the survivors. Siberia is low land, and the melting poles will swallow this land within months. Russia, in the main, is lowland which will shortly be flooded after the shift. Those hapless Russians who have not heard of the pending pole shift, and the melting of the poles to shortly follow the shift, will find themselves getting soggy, then flooded, with rain waters and overflowing rivers and streams that simply do not drain any longer. At first, in the lowlands, residents will move to hill tops, then tree tops, and then fashion boats out of anything that can float. However, given the broad expanse that will be inundated, there will be nowhere to go! Survivors will step away from the rising water into higher and higher ground, but find themselves eventually stranded on a diminishing island, with no land in sight! Without a sense of direction, and with north and south now west and east, compasses will be no guide, and the stars will not be visible in the main due to volcanic dust.

Those who would survive for the long term are advised to position themselves near high land. We would advise those who are not near mountains or highland, such as the Urals, to fashion boats early and plot a course, sighting familiar landmarks as the move on houseboat or whatever they have devised prior to a full flooding of the lowlands. Being afloat, they can move from community to community, if compatibility is not established, until they arrive at a site where they are welcome and the land is clearly going to remain above ground. The waters can be expected to rise for 2 years after the shift, but during this time, a floating group can fish or harvest from the sea.

Russia has vast borders and cannot defend them all, nor does it plan to do so. In such cases, limited border control is instituted in those places where the influx is the greatest or the migrants are the least desirable. Russia has been primarily concerned about its borders with satellite countries that are in rebellion against Russian control, such as the Chechnya rebels. What will the vast country of Russia do when faced with the pole shift or the immense flooding of its territories anticipated to occur in the Aftertime? Certainly they will not try to keep migrants from coming into the country as their problem will be the reverse - hoards of people trying to flee the rising waters. As we have mentioned, the Russian government plans to bunker in the Urals, which will be high ground and is well within Russian territory. We have advised would-be survivors to avoid this area. The Urals will be aggressively defended, and any citizens nearby will be conscripted into a slave labor force. 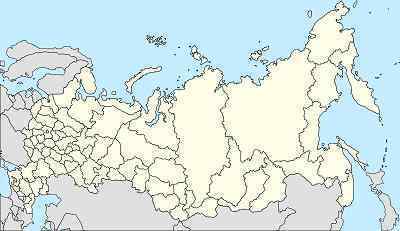 We have described the plate tongue that holds Kamchatka and the part of the North Islands of Japan as being firmly part of the N American Plate, though this is often described as an independent platelet. It will remain so, throughout the Earth changes prior to the pole shift and the pole shift itself, though the Kamchatka peninsula suffers from the subduction of the north Pacific Plate, with many erupting volcanoes. The Eurasian and N American plates are locked against each other, neither allowing the other to roll as the edge is a virtual straight line from Japan to Iceland in the Atlantic.

What will happen to this plate border, cutting just to the west of the Verkhoyansk mountains and just to the south of the Kolyma mountains. Attempting to survive the pole shift along a river or in river bottom lands is never advised, as the pole shift sloshing can bore up a river and the torrential rains expected during the hour of the shift will make them flood beyond all memory in any case. Thus, we would advise the populace to clamor into the mountains, away from the rivers, thus avoiding any plate border grinding that might occur. Those who take refuge in the mountains to the east of the plate border will find themselves ideally situated in the Aftertime, with an excellent climate and access to ocean fishing.

The Central District, which contains Moscow, is in the stretch zone, exclusively. Stretch zones are not exempt from earthquakes, as there are jolts when rock pulls apart just as there are jolts when rock drags atop or beneath other rock layers. Some major quakes have occurred in stretch zones, with the New Madrid adjustments in 1811-12 standing as an example. The greatest quakes occur where one plate is pushing under another. The Central District of Russia is not a quake prone region, in fact have almost no quakes of record at all. We have stated that a new seaway will form, running up into Russia from Pakistan during the hour of the pole shift, which will be the major rip point in the Eurasian Plate. Moscow, and its environs, will be flooded, but other than the devastation of the pole shift quakes, which will be magnitude 9 everywhere, should not anticipate great quakes.